The Community is pleased to present the first solo exhibition of French artist Melchior Tersen in Paris.

As the exhibition title, “SOUS LA TERRE 2012–2015,” suggests, the body of work on view is entirely dedicated and shot in the Parisian catacombs over the course of three years. This archival documentation is an ode for the city that is dear to him and is a celebration that brings forward bits and glimpses of an underground universe widely known in popular imagery yet rarely witnessed beyond its touristic appeal. The exhibition will feature a vast collection of imagery and objects, comprising 1035 photographic works on film and various memorabilia collected by the artist during his balades in the catacombs, shown for the first time. The Community will present three works from the series “SOUS LA TERRE 2012–2015” in the Liste Art Fair 2021 online edition in conjunction with the exhibition.

Paris has a deep and rich connection to its underground, with the oldest and densest subway network in the world, with endless tunnels pulsating beneath our familiar streets. These tunnels bear a dense cultural history, ranging from agricultural tentatives to hiding Resistance fighters and rave parties. Today, the tunnels are taken over by different clandestine groups, a loosely-knit community whose members might spend nights and days below the city. They also go by the name cataphiles. Melchior Tersen’s series documenting the subculture of the underworld began in 2012 when the artist started to have weekly strolls – balades – with a group of friends, sometimes strangers, to discover the secrets of the underground scenes and the vibrant cavities of the catacombs. In these works, the viewer can find everything (un)imaginable, ranging from never-ending parties and artefacts, refined architectural elements and graffiti. The photographer went there weekly for four years, always without a prearranged plan or idea, while having a tourist-like approach to the subject matter. The catacombs are an object of fascination – everybody knows them, rare are those who have visited.

Born in 1987 in Paris, Tersen mainly uses photography as his artistic medium, documenting and archiving the contemporary culture. Inspired primarily by different scenes and expressivities in popular culture, he is constantly photographing and documenting while experiencing and understanding the manifold expressions of commodity pop culture. He also looks for the debris of this culture: the cans, the plastic, the worn sneakers, and branded t-shirts are also of interest to him, placing them in everyday imagery. Grown-up in the Parisian suburbs, Tersen explores and maps the city during his nightly and daily wanderings, walking for hours on end while searching for the unknown. Obsessed with collecting and documentation, the artist goes towards the excess, relentlessly creating his personal, self-styled mythology and cult of images. Tersen explores different genres of subcultures, not through simple documentation or approaching them through a sensational point of view, but rather is exploring their importance and reflecting and bringing forward the urban cultural sensibility.

There is no moralizing, no fetishes, nor idealizing in these moments of the Parisian mood that Tersen captures so accurately. His photography is a pure product of inclusion and observation: providing extensive documentation of contemporary culture, he manages to capture the essence of things that all too many among us fail to see. There is no place for provocation in his body of work but rather a laborious day-to-day observation. His work speaks of the demolition of structures, broadening of views, attitudes and behaviour: Tersen describes the actual world by working with the raw matter that composes it. Through his practice, he has captured a myriad of Parisian moods and temperaments his entire adulthood. This series of the catacombs is just one among a series of five about the city of Paris. 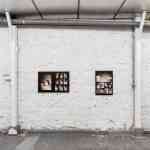 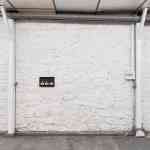 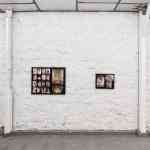 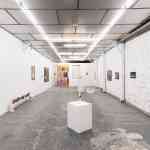