Daniel Sansavini is a Graphic Designer and Art Director based in Milan. Having studied in art schools in Ravenna and Milan, Sansavini mostly works with fashion, music and publishing clients. His work is influenced by his Italian background, American culture, and his passion for different subcultures, such as the punk scene, graffiti, and skateboarding. Sansavini describes his “interest in visual culture” as a fluid, organic practice driven by his curiosity in many visual forms surrounding him in his daily life. Combining and mixing up references and elements that are normally considered contradictory, his work changes the established notions of the value of design and explores new formats. Often situated between music and design, it stands for the artist’s interdisciplinary approach and collaborative practice. 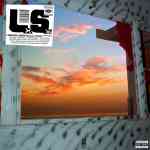